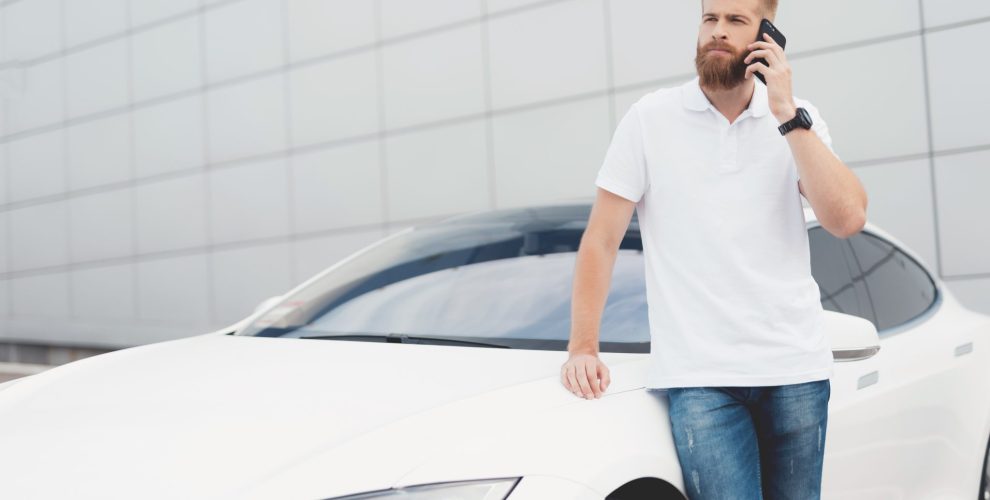 Tesla is one of the most vibrant automotive companies, not only in America but also in the world at large. Based in Silicon Valley, the company has made a name for itself as a leading automotive company that uses alternative energy like solar to power their cars. It mainly manufactures hybrid and battery-powered vehicles. Tesla is the pioneer of alternative energy options in powering cars. For this reason, the company is considered to be the benchmark in the greed technologies in car manufacture.

Founded by an ambitious team of engineers with the desire to go against the current to driving electric cars, today, the company has been credited to designing and manufacturing electric vehicles in almost every category. They manufacture sedans, hatchbacks, convertibles, and light trucks that run exclusively on alternative energy – electric power.

The use of electric power to run vehicles has made Tesla be one of the most analyzed automotive companies among business analysts. Likewise, in this Tesla SWOT analysis, we venture to reveal important insights into every aspect that impacts Tesla’s competitiveness in the world automotive markets.

Tesla’s business strengths are all the aspects that contribute to the company’s growth and improvement. Often, the strengths are internal factors that empower the company to compete favorably against other companies while ensuring profitability and expansion in the long term. Some of Tesla’s strengths include:

Tesla Inc. was founded with a specific target niche segment of electric-powered cars and alternate energy cars. With this strategy, the company has delved deeper and today it operates as a monopoly in the market. This has contributed to its quick growth in the modern automotive industry.

In the automotive industry, Tesla is the most innovative company. This is seen in the manufacture of pioneer fully-electric new sports can and semi-truck. With these innovations, the market expects and trusts Tesla to innovate and manufacture competitive and profitable vehicles that lead to significant financial gains.

According to statistics, Tesla’s Model 3 dominates the electric car sales with 187,971 cars sold in 2019 with the second being Chevrolet Volt with 155,477 car sales. The Tesla Model S took third place with sales of 134,392 cars. Overall, Tesla leads in the sale of electric cars in the U.S and globally in general.

Tesla is the leading automotive company in electric car manufacturing and when it comes to range comparison, Tesla cars prove to be the best by covering the longest distances. Tesla’s Model S delivers 600 kilometers on a single battery charge while the Opel Ampera brand comes second with 520 kilometers of range.

When it comes to weakness, internal factors have mainly played a great part in restricting the performance of Tesla. For this reason, in this SWOT analysis, we identify and discuss some of the weaknesses that have influenced the reduction of Tesla’s competitiveness in the automotive industry.

Tesla is the pioneer of electric car manufacturing but it has failed to meet the high production volumes of cars for any of their models. Even as it prepares to roll out the production for Model 3 vehicles in high volumes, it still faces difficulties in the production and management of resources.

Tesla’s electric cars are quite expensive compared to other car brands more so those that come with internal combustion engines. With these high prices, Tesla is hindered from quickly expanding its customer base and market share.

The complex procedure of production in Tesla has led the company to not meeting the supply and demand balance. This has largely attributed to the fact that Tesla has one manufacturing plant. With one manufacturing plant with no expansion capability, it becomes difficult for the high production volumes to meet demand. For instance, Tesla had a 31% drop in production in the 1st quarter of 2019 compared to the 1st quarter of 2018.

Tesla Motors is greatly affected by its limited market presence as it only generates most of its revenue in the U.S where it dominates while it has little presence in China and other countries. This is one of the major weaknesses that limit the company’s growth and venture into other markets across the world.

Tesla has over the year been making losses despite the huge year in year out investment. The fact that the company is making losses since its inception it is significantly affecting the investors as well as the company’s share prices.

The weaknesses recognize above indicates that Tesla needs to reform its strategies concerning growth, global expansion, marketing among others. With this, the company can successfully extend its products to new markets, increase production volumes while maintaining its customer bases.

Opportunities are external factors which when Tesla identifies can help improve its performance, management, and overall strategic growth among other aspects. As such, here are some of the opportunities that Tesla can use to improve its business performance.

One of the greatest opportunities for Tesla is to expand its sales of electric cars to markets it is yet to venture. These markets include Asia, Africa, and Latin America where the market for electric cars is still unsaturated. By doing so, the company can significantly increase its financial muscles and stronger market presence across the world.

Tesla’s electric cars are quite expensive due to its unconventional dependence on innovation. These kinds of innovation require huge financial support. However, with the launching of a fairly affordable Model 3, Tesla has a good opportunity to expand its presence in the market.

Diversification can significantly improve Tesla’s performance.  For Tesla, diversification will involve the establishment or putting up new businesses to check business exposure to risks in its automotive market. Therefore, Tesla must seize this opportunity to cushion itself from the frequent losses in its car sales.

Tesla has slowly started manufacturing its battery cells and this can be a big strategy that will catapult the company to a higher production rate while reducing the production cost. Nonetheless, the company still sources its batteries from Panasonic.

Threats are the factors that when they come together to prevent the company or business from taking full advantage of the benefits that can be derived from different strengths. As such, Tesla Inc. like any other company faces various threats that have greatly impacted its ability to remain on top of the automotive industry. Here are some of Tesla’s threats:

Tesla Inc. faces extensive serious competition from alternative energy cars like electric, hybrid, and plug-in hybrid cars as well as self-driving technology. Moreover, other luxury brands like Lexus, BMW, Audi, Mercedes, Ford, GM, and Toyota have put up a serious competition and they sell their products at a much lower price compared to Tesla.

Tesla’s manufacturing process involves too complex for its innovative cars. For this reason, most of its cars have shown major defects. When defects of this kind are experienced in production, it shows weakness in design and manufacturing among other processes. This has significantly affected Tesla’s image.

The shortage of materials in the manufacturing of vehicles and the distribution of its products is a major threat to Tesla Inc. More often than not, the shortage has been attributed to the high prices of these materials. For instance, Tesla uses aluminum, lithium, steel, cobalt, nickel, and lithium-ion cells from suppliers. Besides, the fluctuating prices of these materials impact the company’s production line.

Customer acceptance has always been slow for any business, especially when it is producing new innovative products. But if the customers are ready to embrace the business’s products the company will benefit from its broad range of new innovative products. However, this is not the case with Tesla Motors. For Tesla, customer acceptance has been slow leading to the company’s dependence on the willingness of the customers to adopt their electric vehicles.

Tesla Inc. is ideally one of the most innovative automotive companies that are not only futuristic but also optimistic in transforming the automotive industry. It is focused on manufacturing electric luxurious cars mainly for the upper-class citizens. However, it is also making significant steps towards making self-driving cars.

Nonetheless, few factors prevent Tesla from attaining its ambition. These factors are in the form of weaknesses and threats that we have reviewed above. Despite these, Tesla can still meet its ambitious goals in the automotive manufacturing industry. This can be done by taking actions such as expanding the customer base and attaining financial stability.