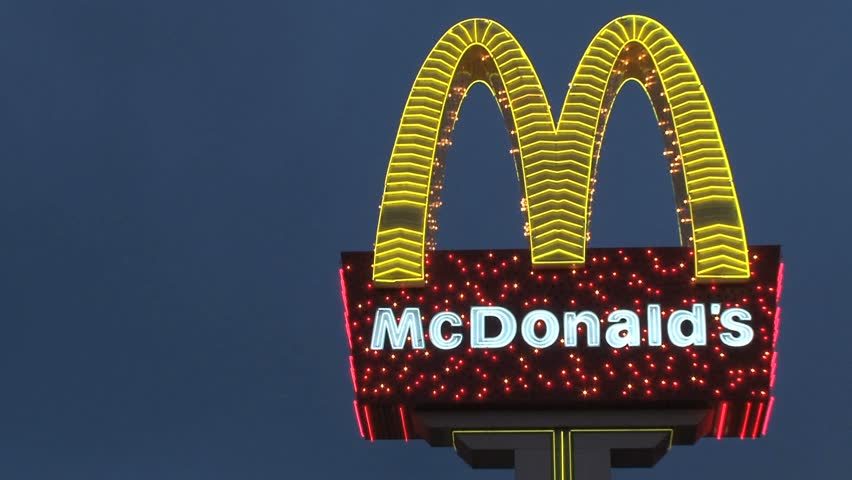 When Ray Kroc bought the hamburger business that the McDonald’s brothers had founded, his vision was to build an empire. The former milkshake salesman had intended to grow the franchise to 1,000 restaurants. He established the first restaurant in Des Plaines, Illinois in 1955. At that time, the company’s name was McDonald’s System Inc. But then, Ray Kroc acquired the business in 1961 for $2.7 million. Afterward, the company’s name changed to McDonald’s Corp. McDonald’s boasts more than 36,000 McDonald’s restaurants in over 100 countries.  Aside from selling food, however, the world’s biggest fast-food chain does a lot of good through its corporate social responsibility programs.

At an important company event held in 2010, Kathleen Bannan explained that at McDonald’s, “CSR is everybody’s business.” Bannan was the senior manager for CSR at that time. Those words seem to have marked the end of an era and the beginning of a new one.

The period between 1955 and 1989 was the golden age for the company’s CSR. During that time, social responsibility meant community involvement. McDonald’s developed and successfully ran many national grassroots programs. The company strived to build a strong image as a business that communities could trust. During those days, the company’s CSR efforts boiled down to pure philanthropy.

Fast food has received a bad rap over the years. However, that hasn’t stopped millions of people around the world from patronizing the global food giant’s restaurants. That suggests that the golden age achieved the main goal the company had set: earning the trust of consumers.

A Shift toward Globalization

Over the decade starting in 1990 and ending in 2000, MacDonald’s shifted its CSR’s focus toward globalization. Thanks to easier communication and better technology, CSR at McDonald’s evolved to include issues outside of philanthropy. The company started showing concern for issues such as nutrition, international conflict, anti-Americanism, and the environment. Over time, the company’s CSR has developed into a core element of the business’ long-term strategy.

The company started prioritizing its activities in line with what it called the “Smart Zone.” A decision that is in the Smart Zone is one that results in a win-win situation. For example, a decision to invest in an efficient energy solution would be a “Smart Zone” decision. But what has McDonald’s done for the world?

Together with Arcos Dorados, McDonald’s gave a donation of $1 million to help the distressed people of Haiti in 2010. On January 12, 2010, an earthquake with a magnitude of 7.0 hit Haiti. The event was the most devastating disaster the country had ever seen. About 250,000 people lost their lives, with 300,000 others sustaining injuries.

It was a dark day for Haiti. Fortunately, companies such as McDonald’s were willing to stretch out a helping hand. McDonald’s through Arcos Dorados operated roughly 1,700 restaurants in Latin America. Notably, though, there was not a single McDonald’s restaurant in Haiti then.

In 2006, McDonald’s celebrated its 50th birthday. On that day, the company gave $50,000 in support of children work. The company directed its donation toward different children organizations that care about children’s well-being and health.

Much of the giving from McDonald’s happens through Ronald McDonald House Charities. RMHC is a charitable organization founded in honor of Ray Kroc. Ray Kroc, the company’s founder, always felt that a business ought to keep giving back to its community. RMHC is among the top donors in the U.S.

In terms of accountability and transparency, RMHC has received a rating of 100 percent from Charity Navigator. Some of the countries that have benefited from RMHC’s activities include the U.S., Poland, Ukraine, Venezuela, Korea, and Mexico.

Consumers today want to know how businesses such as McDonald’s handle animals. Perhaps that is why McDonald’s regularly conducts animal welfare audits through its independent Animal Welfare Council.

In 2013, McDonald’s in the U.S. and Canada together with their franchisees announced their decision to invest $6.5 million to support coffee farmers. The initiative aimed to provide technical training and support for coffee farmers in Central America.

Working with leading international organizations, McDonald’s wanted to help farmers produce and process their coffee sustainably. The company had earlier demanded of its suppliers that they only deliver 100-percent Rainforest Alliance certified coffee. The fast-food giant saw the wisdom of enabling farmers to comply with the new requirements. In this case, farmers, McDonald’s, and suppliers won.

It happened 17 years ago. But everyone remembers that sad day of September 11, 2001. Terrorists attacked the U.S., throwing the entire nation into panic and distress. According to CNN, 2,753 people including police officers, firefighters, officers from the Port Authority, and many two-year-olds perished. It was a national emergency, a horrific catastrophe. Nobody thought such a scaring event would ever happen in America.

At that time, McDonald’s contributed $1 million, with RMHC giving an equal amount. Together, the two related entities gave $2 million dollars, and that was praiseworthy.

But the company gave more than money. Its restaurants in New York offered food to those who tirelessly worked in search and rescue operations. The company set up two mobile restaurants and had eight trucks delivering supplies to these restaurants.

Most people may not have heard about the giving. But it is possible nearly everyone saw the “We remember 911” ad McDonald’s ran in 2015. The company also showed other similar ads, attracting criticism and admiration in equal measure. While some people thought the ads were well-thought-out and effective, others thought they were an affront to decency. The ads showed up a couple of years later. However, it’s possible that those ads somewhat detracted from the perceived good McDonald’s did on 9/11.

McDonald’s social responsibility activities have not gone unnoticed. From showing concern for animals and helping needy children to supporting farmers and disaster relief efforts, McDonald’s gives. Indeed, the company has shown way more kindness to communities across regions than this article has revealed. Still, some of the CSR activities have received harsh criticism. But McDonald’s seems to have done more good than harm for the world.

Advantages of the Greenhouse Effect and Disadvantages
Comments are closed.